In today's post i just wanted to talk about Tattoos. Kinda in general but also show the ones i have and plan on getting.

First Tattoos in general. They are something i like for the most part. Some are really stupid and i'm sure i have not seen most of the stupid ones but some are very nice and well done. It takes great skill to do that properly on someones body. Just like a painter a tattoo artist is using the human body as a canvas. I have great respect for them. For me it's something i've always kinda wanted to do since high school but i was always afraid of how much it would hurt. I'm not a big man just skin and bones as they say so i was especially concerned. For some reason part of my fear was that the needle would hit bone and that would be VERY painful. I was quickly told by the tattoo artist that this could simply not happen. That made me feel better.

The want really hit when my step daughter went and got her first done(she now has like 10). I drove her there and waited while she had it done and i gained real perspective of the process seeing it first hand. The same was true for my wife. She had also wanted one for a long time but was afraid of the pain(and needles in general). After hearing from her daughter what it was like she committed to getting one. We both did. She had something in mind a little rose just at the base of each thumb. I did not know at the time what i really wanted. All i knew was that i did not want something you could find by googling “keyword” tattoo. I decided i would go with some text for the first one as i figured with it's lower complexity it would not hurt as much.

So i opened up LibreOffice Writer. Picked a nice looking font(That matched my current console font) and stared at the blank page before me almost seeing it skin color.

This is what i typed in 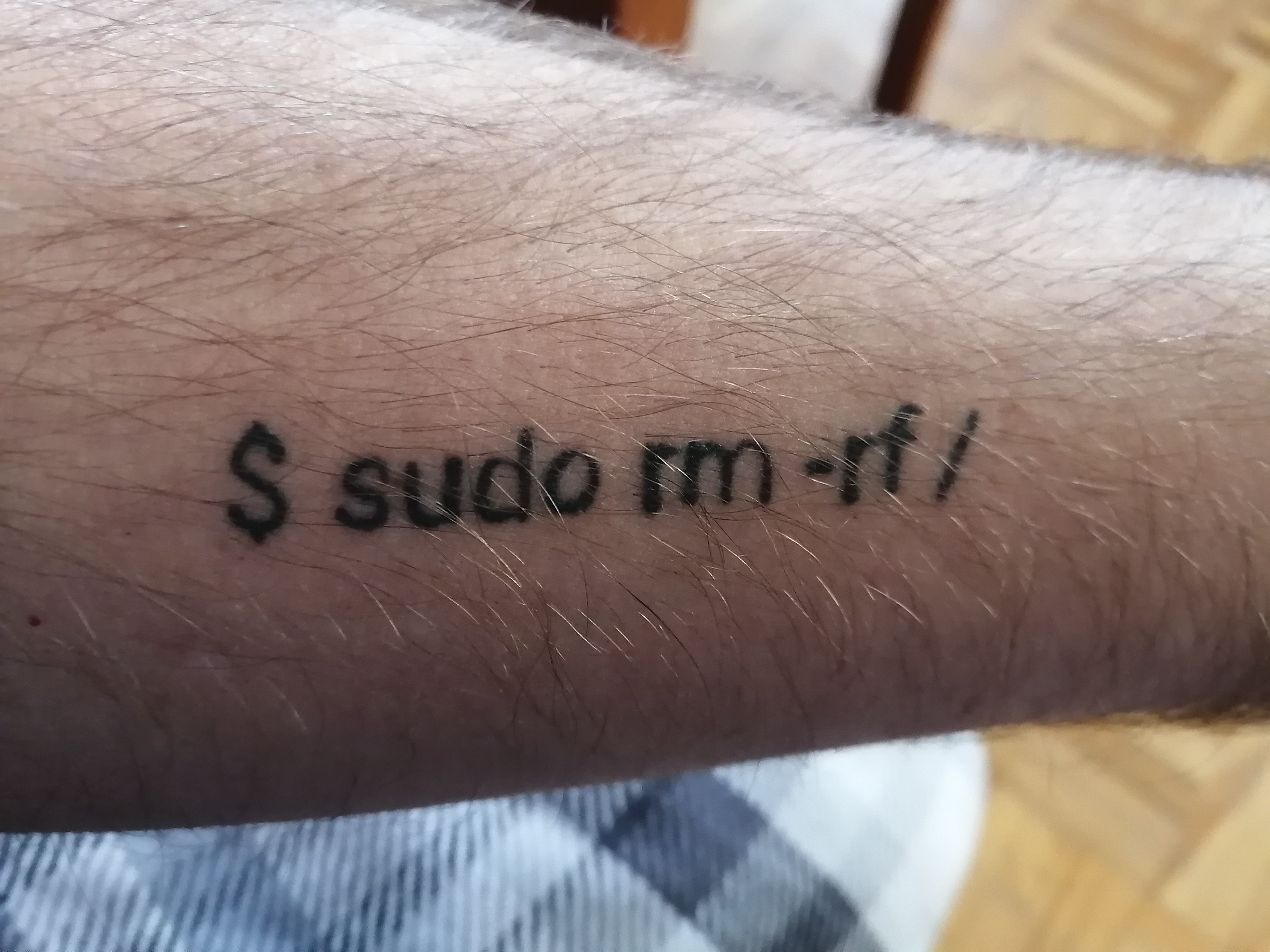 It went well. Turned out just like i wanted. I told myself and everyone that was it. Only the one. Everyone said “you wont stop at one”. I would maintain that it would be only one.

Well they where right. After that one had healed my wife started talking about wanting another. I had wanted another but had not said so so as to not make everyone right...But now that my wife wanted one i could say it was her fault lol. So then came the task of choosing something else. One again i did not want something common but i did want something linux/tech related. I ended up settling on Tux. What's more linux than Tux eh? I did not want to go for plain old Tux since he's pretty common i remembered a dressed up Tux i had seen on the net many years ago and went on a hunt.

So here he is 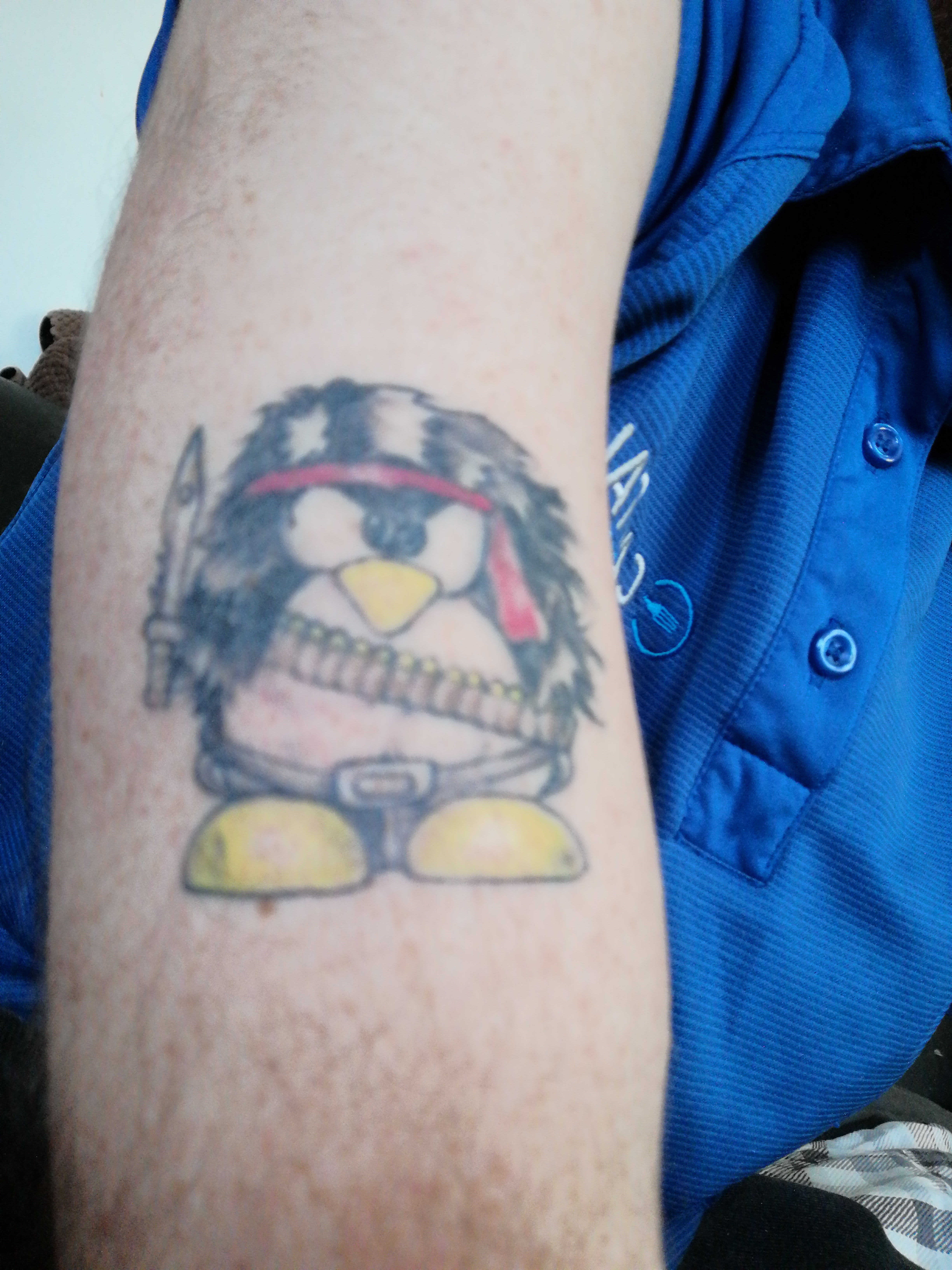 Tux dressed up as John Rambo. Once again i think he turned out great.

After this one i once again said this would be it...i don't know why because i knew that at some point i would want another. That time came and everything was set for #3...Then COVID-19 came so that go put on hold. Once things go back to normal or at least our tattoo guy can reopen his shop i will be getting this on my back 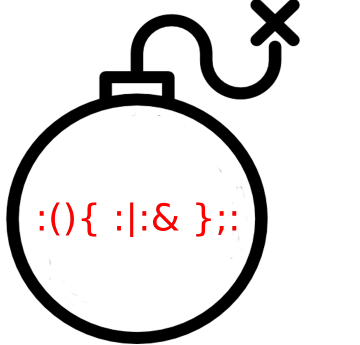 After that who knows what else but i gotta stop at some point.

Just as a follow up to my last post. I'm re-committing to the original mantra of the #100DaysToOffload and will post something each day. On the off days(where i can't find something specific to write...which might end up being often) it will be just about my day which is kinda what i had started out doing. Along the way i felt i wanted to only post meaningful interesting things. But really posting the personal day to day stuff might help me write better in the long run. Every other time i've tried to get a blog going i get to consumed about what to post that i end up posting nothing for years...not this time!